It’s finally 2018. That means that it’s a brand new year with hundreds of brand new movies coming out. Students at Highland Park tend to go to the movie theater pretty often. With that being said, i’m sure everyone has a movie that they know is coming out this year that they are just dying to see. When I interviewed a couple of students, both said that they had heard of tons of movies that are going to be released this year. Only one of the students, Grace Lazzaro, said that she had already been to see a movie this year. I asked each of them what movie they were most excited to go see this year. Grace said that she was most excited to go see Insidious 4 since horror is her favorite movie genre.The fourth movie in the Insidious series came out on January the fifth. 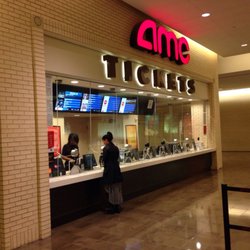 The other student that I interviewed, Colleen Harrod, said that she was most excited to go and watch a movie called Black Panther which is being released on the eighteenth of February. When I asked the both of them how often they actually went to the theater to see a movie and they both said that they go fairly often. Both Grace and Colleen said that they mostly only go with friends but of course there is also the occasional family movie outing that they would never pass up on.  My favorite question that I asked was what their go to movie snack was. Grace said that sour punch was hers and Colleen’s was junior mints. My personal preference when it comes to movie snacks is cookie dough bites. There are so many exciting movies that are coming out this year. To just name a few there is The Incredibles 2, an exciting sequel to a movie that came out 14 years ago. Then there is another Jurassic World movie, another Maze Runner movie and the sequel to Deadpool. So if you ever need something to do in 2018, grab a friend and head to the theater.